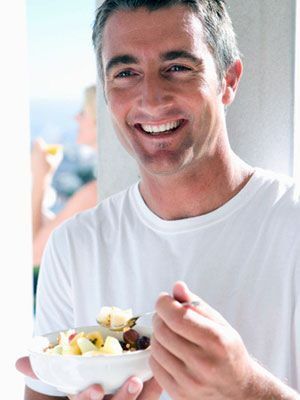 Can Certain Nutrients Boost Your Sexual Performance? Find out which foods can prevent erection problems and how they work.

Know that there is no miracle food to prevent erectile dysfunction. However, there is some evidence that certain foods can help.

"The evidence that food can help with erectile difficulties is likely linked to a vascular connection," says Dr. Firouz Daneshgari, professor and chair of the department of urology at Case Western Reserve University School of Medicine and University Hospitals Case Medical Center in Cleveland. "Erection problems are usually due to the penis not having a good blood supply, so foods that are good for the vascular system can also help prevent erectile difficulties."Should you be eating more foods with these key nutrients?

Nitrates in leafy greens and beets

Leafy green vegetables, such as celery and spinach, can increase circulation due to their high nitrate concentration. Beet juice has been found to be very high in nitrates. Nitrates are vasodilators, meaning they open up blood vessels and increase blood flow. Many years before the US Food and Drug Administration approved the first erectile dysfunction drug in 1998, several case reports on the beneficial effects of nitrates on erectile dysfunction had already been published. The drugs used today for erectile dysfunction are based on the relaxing effects of nitrates on the blood vessels that supply the penis.

A recent study published in the journal Circulation found that the flavonoids in dark chocolate improve circulation. It could be good for erection problems that are due to poor circulation. Flavonoids are natural antioxidants that protect plants from toxins and help repair cell damage. Studies show that flavonoids and other antioxidants have similar effects in humans. They can help lower blood pressure and cholesterol, two factors that contribute to erectile dysfunction.

The proteins in pistachios

A recent study found that men with erectile dysfunction who ate pistachios every day for three weeks saw significant improvement in sexual issues including erectile dysfunction, sexual desire, and sexual satisfaction in general. The benefits of pistachios for erection problems may be due to a protein called arginine, which can help relax blood vessels. "It's another example of how good blood circulation is good for sexual health, which is good news because I eat a lot of pistachios," says Dr. Daneshgari.

Zinc in oysters and other shellfish

The oyster has always had a reputation as an aphrodisiac. One reason could be that oysters have high levels of zinc, a mineral that plays an important role in the production of the male hormone testosterone, and low testosterone levels could be one of the reasons. erectile dysfunction. Research presented at a meeting of the American Chemical Society may offer another link: Raw shellfish contain compounds that stimulate the release of sex hormones in both men and women.

Some studies show that watermelon may have effects on erectile dysfunction that are similar to those of the drug Viagra and may also increase sexual desire. Watermelon is rich in beneficial ingredients known as phytonutrients. Phytonutrients are also antioxidants. One of their benefits is that they relax the blood vessels that provide erection. Although watermelon is 92% water, the remaining 8% can do wonders for your heart and sexual pleasure.

Lycopene in Tomatoes and Pink Grapefruit

Lycopene is one such phytonutrient that is good for circulation and good for sexual issues. Lycopene is found in dark red fruits such as tomatoes and pink grapefruit. Some studies show that lycopene may be better absorbed when mixed with oily foods like avocados and olive oil. So you can prepare yourself a salad to fight against erectile dysfunction. Research also shows that antioxidants like lycopene help fight male infertility and prostate cancer.

According to Daneshgari, "your best bet is to eat a healthy diet that is good for your heart and your circulation." Other foods that are good for circulation include cranberries, apples, peanuts, onions, tea, and red wine. Chances are that if you take care of your vascular health, you will avoid many common causes of erectile dysfunction.