Blood In Semen: Causes, Diagnosis And Treatments For Brown Semen 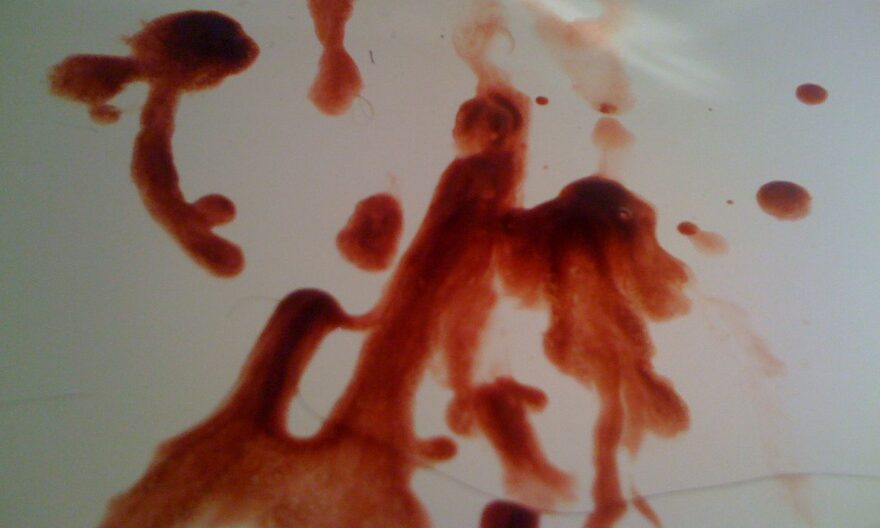 Blood in Semen: Causes, Diagnosis and Treatments for Brown Semen

Blood in semen can be worrying. Indeed, the color of semen can be a real indicator of the state of health of men. Be aware that there are many more or less serious explanations. We tell you everything about brown sperm.

How is the presence of blood in semen defined?

Brown semen is characteristic of hemospermia (source). This tinted color is explained by the presence of blood in the semen. This type of phenomenon is rarely serious if it is spontaneous and non-recurring, especially in men under 40 years of age. Nevertheless, it is preferable to seek medical advice to rule out any alarmist hypothesis.

The causes of the presence of semen blood are variable. As a reminder, brown sperm is generally a benign phenomenon, especially for men under 40. Nevertheless, it is best to consult a health professional to determine the exact cause.

The most common reasons for blood in semen

Consequences of the presence of blood in the semen

The consequences vary depending on the exact cause of the presence of brown semen. In itself, it is possible to divide the types of blood in the semen according to the frequency:

– Unique: the cause is often benign, especially if you are under 40 years old. Thus, there is no need to worry. Nevertheless, it is recommended to consult your doctor to ensure the non-seriousness of the phenomenon (source). – Recurrent: if you are more than 40 years old and/or the phenomenon evolves and is accompanied by pain in the lower abdomen, it is strongly advised to consult as soon as possible. Indeed, this can be a sign of a malignant tumor including prostate cancer.

In general, if the episode is unique and punctual, you will only need one consultation with your doctor (source). In the event of a detected complication, other examinations could be prescribed for you. Here is some additional information to know about the process of diagnosing hemospermia.

In all cases of the presence of blood in the semen, it is advisable to turn to a health professional to ensure that the phenomenon is benign. During the appointment, the doctor will begin with a physical examination of your condition and ensure that no other symptoms are present.

He will also try to rule out more alarming causes such as cancer by feeling your testicles and looking for signs of inflammation or infection. The specialist may also ask you for your medical history to ensure that the problem is not due to a chronic disease or hypertension.

The examination can sometimes be supplemented by a digital rectal examination to ensure the good condition of the prostate.

If the doctor judges that the problem is not insignificant, he can refer you to a specialist such as a urologist. Additional tests can then be performed such as (source):

Possible treatments for blood in semen

Treatments vary greatly depending on the causes. Indeed, for the majority of cases, your doctor will seek to resolve the reason for the brown blood and not just the symptom.

Self-medication is strongly discouraged. However, if you have just experienced a physical trauma, it may be advisable to apply ice to the affected part such as the testicles. Indeed, this gesture could prevent the explosion of blood vessels and thus avoid the appearance of blood in the semen.

If your doctor diagnoses an infection or inflammation, he may prescribe antibiotics (source). If you are over 40 and/or the problem is recurrent, the doctor may prescribe further examinations with a specialist such as a urologist. Subsequently, the professional will prescribe a treatment to cure the cause of the blood in the blood and not only the symptom.

To conclude, certain abnormalities of the seminal liquor such as yellow semen, transparent semen or the presence of blood in the semen can cause anxiety in subjects. Indeed, these phenomena may appear abnormal and it is natural to be concerned. In the case of brown sperm, in most cases, especially in men under 40, this phenomenon remains temporary and benign. However, it is strongly encouraged to consult your doctor to rule out any other potential cause such as prostate cancer.