Cannabis While Driving: Sanctions, Fines And Withdrawal Of Points 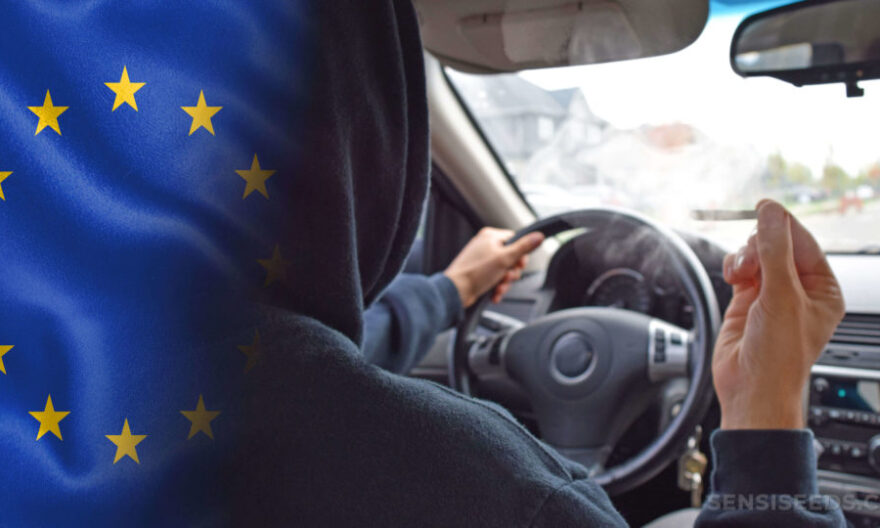 You are not unaware that the consumption of cannabis is illegal in France. Not resulting in an absence of consumption among drivers, the French government tightened the noose on cannabis while driving last year by systematizing the saliva test for drivers suspected of having consumed this soft drug.

What are the risks of driving under the influence of Marijuana? How are the tests carried out? We answer all your questions about cannabis while driving in this article.

What does the cannabis and driving law say?

Contrary to the legislation relating to the consumption of alcohol while driving, that concerning cannabis leaves no margin to French drivers. There is indeed no minimum threshold and the slightest trace of THC in your blood will be sufficient to expose you to criminal penalties.

For marijuana users who would like to get behind the wheel, there is really only one solution: wait until your THC levels are completely eliminated. Depending on the cannabis you have smoked, your morphology and your consumption habits, this elimination time will vary greatly. Additionally, you can test negative 10 hours after consuming cannabis if you have to do a saliva test, but positive for a urine test the next day.

To completely eliminate the risk of sanction, it is recommended not to drive between 24 to 48 hours after smoking marijuana. French police officers have indeed been trained to spot possible signs that may indicate that you are under the influence of narcotics and can make you undergo a saliva test. If it is positive, you will have to submit to a blood test and appear in court.

Why is cannabis while driving dangerous?

Like the consumption of alcohol, that of cannabis is prohibited while driving because it exposes the driver to a higher risk of accidents.

When you drive under the influence of cannabis, your abilities are greatly reduced. Like drunkenness, the use of this soft drug reduces your alertness and control of the steering wheel, blurs your assessment of your speed and the distances that separate you from other drivers and has a negative effect on your concentration.

It has in fact been proven that marijuana users who have taken the wheel commit more traffic violations (forgetting to wear seat belts, burned out lights, speeding), but also accidents.

What are the penalties if you drive under the influence of cannabis?

If you are arrested by a police officer who suspects you of having used cannabis, the latter can take a saliva sample to detect the presence of drugs in your blood. If your test is positive, a second (blood this time) will be carried out to confirm the violation.

The penalties for driving under the influence of narcotics are as follows:

– a fine of 4,500 euros, – a prison sentence of up to 2 years, – 6 points less on your driving license, – the immediate immobilization of your car.

In addition, additional sanctions may be applied (especially in the event of a repeat offence):

– an administrative suspension of your license for a maximum of 3 years, – community service, – the obligation to follow an awareness course on road safety and the risks of driving under the influence of drugs, – ban on driving certain vehicles.

What are the risks of using alcohol and cannabis?

If you test positive for the consumption of alcohol and cannabis, the penalties will logically be much heavier. Expect a fine twice as high (9,000 euros), a prison sentence of up to 3 years, a loss of 6 points on your license, and additional penalties which will be decided by the judge.

As much to be warned, judges have a reputation for automatically convicting drivers who test positive for cannabis. Now, the penal code equally punishes driving under the influence of narcotics, whether you are under the direct influence of cannabis or have driven long after consuming it. Traces of THC in the blood, regardless of the quality of your driving, are therefore sufficient to apply the penalties provided for this purpose.

If your professional activity depends on your license, a lawyer can prove through your blood test that you had only smoked cannabis several days before the test. The offense can in this case be reclassified as "illicit use", which will allow you in particular to avoid the withdrawal of points and the suspension of your license. Another negative THC blood test can also tempt the judge to be more lenient, by proving that you are not a regular user.