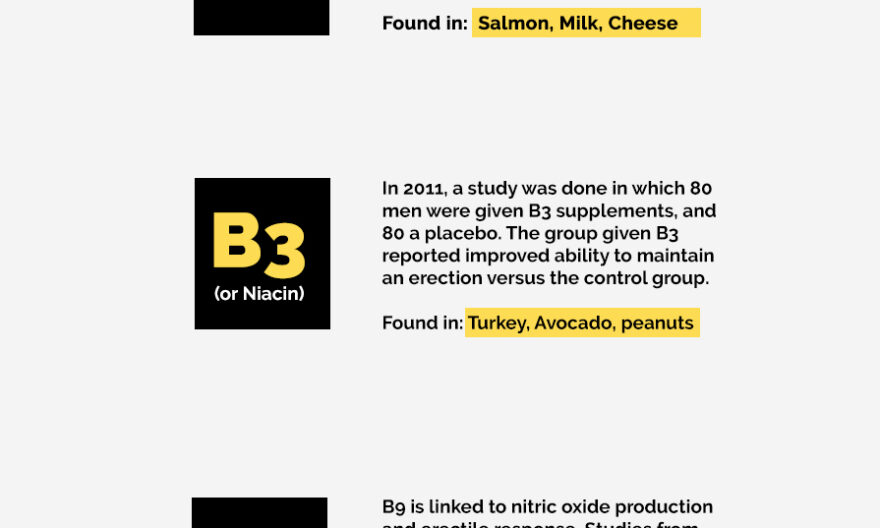 Vitamin D is an important nutrient for our overall health. And according to some experts, a vitamin D deficiency could harm the quality of a man's erections. Sometimes called the "sunshine vitamin", vitamin D helps the body absorb calcium to build strong bones. It also acts on the nerves, muscles and immune system.

The body makes vitamin D when the skin is exposed to sunlight. Vitamin D can also come from certain foods, such as fish and fortified cereals. Some people also take vitamin D supplements.

In 2016, the journal Atherosclerosis published a study by American researchers who investigated the relationship between erectile dysfunction and vitamin D deficiency. The research team based their study on 3,390 men between the ages of 20 and 85. They judged that subjects suffered from vitamin D deficiency if their level was below 20 ng/mL. Almost a quarter of the men suffered from ED.

Scientists were able to determine that the prevalence rate of vitamin D deficiency was 36% for men with ED and 29% for men without ED problems. Men who suffered from ED were generally older, less active and in poorer health.

The relationship between vitamin D deficiency and erectile dysfunction was not clearly defined. One hypothesis suggested that vitamin D deficiency could cause damage to the blood vessels in the penis and that these problems could in turn cause atherosclerosis (hardening of the arteries); which would prevent blood from flowing properly into the penis so that it can become erect.

Another theory concerns nitric oxide, an element that plays an important role when it comes to erection. Vitamin D helps the body to produce this molecule. The amounts of nitric oxide are therefore reduced in case of vitamin D deficiency.

More research is needed to determine if increasing vitamin D levels could improve the quality of erections in men with ED. For now, it is recommended that men who have erection problems consult their doctor. Several factors can cause ED, a complete health check can identify the cause of these problems and also define the appropriate treatment to treat them.