Drooling Ejaculation: Definition, Causes, What to do? 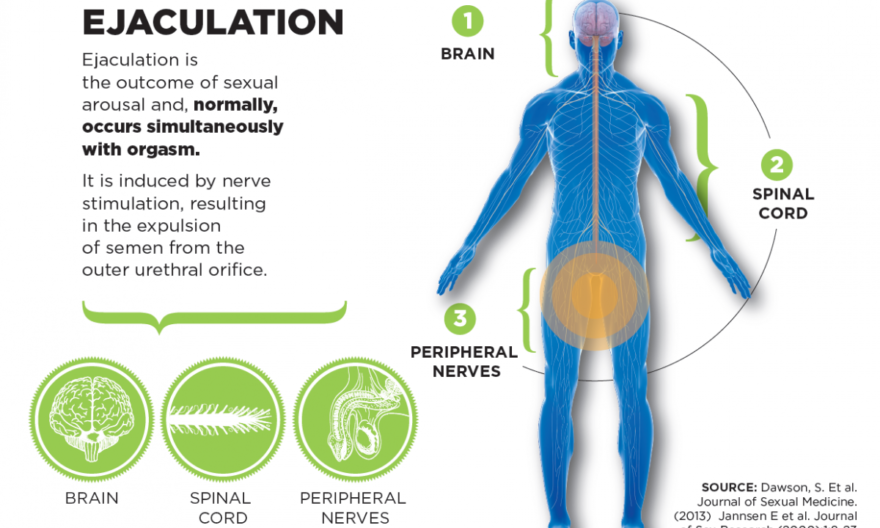 The drooling ejaculation is the expulsion of semen through the urethra without power or pressure. This type of ejaculatory problem is often looked down upon, but it is a very common anomaly in men. A lack of reaction to this problem can cause some inconveniences, especially for the partner. It can be a source of infertility for the person, and a blockage of their sexual desire, but also of their partner.

Understand the mechanism of normal ejaculation

Ejaculation proper is the process of ejecting semen into the epididymis through the vas deferens and the ejaculatory duct. It then comes out through the urethra with strong pressure. This high-speed propulsion is due to the closure of the bladder neck and a very strong muscle contraction. Ejaculation begins above all with sexual desire. This desire takes effect with the excitation of one of the organs of the senses which sent the message in the brain, to lead to the intervention of the spinal cord at the level of the penis. This message causes blood flow to rise to produce erection and desire at the same time. However, ejaculation can occur by simple erection desire. This can occur when the epididymis is full after strong excitement. A normal ejaculation occurs after 10 to 15 minutes of sexual intercourse, unless you have had more than two sexual relations during the day. If your ejaculation does not take place according to this process, you have an ejaculatory disorder.

The manifestation of a slobbering ejaculation

The drooling ejaculation explained in video

The causes of drooling ejaculation

Ejaculation does not spurt out like a waterfall when semen is not produced in sufficient quantity, and this situation prevents muscle contraction. Without contraction, there is neither pressure nor cascade. There are many causes of this anomaly. It can be a psychic or psychological cause. When one of the sexual stimuli (thought and sense) poses a barrier at the psychological level and sexual desire, there is not enough arousal, and subsequently, not enough sperm. Too much sex can also be the source of drooling ejaculation. Once you've emptied your epididymis, you can no longer produce enough to produce a cascade. If your case does not correspond to any of these causes, it may be a much more serious problem of organic origin, more precisely a malfunction of the organism. The latter is often linked either to a lesion of the nervous system which controls the mechanism of excitation until ejaculation, or to an infection of the glands linked to the production of sperm. When sperm production is low enough, ejaculation is also less important. With age, the ejaculatory mode of men also changes. Moreover, 60% of men over 50 suffer from an ejaculatory disorder. So, aging is also a source of drooling ejaculation.

Other causes of drooling ejaculation:

As you have seen, the causes of drooling ejaculation are very varied. Its treatment therefore depends on its origin. Excessive sex is the easiest to treat. It is enough to abstain for some time, at least two months, then to take again the rhythm of the sexual life normally without making excess. In case of psychological disorder, you can remedy it by talking with your partner to find out the origin, or make peace with yourself. If you can't solve the problem, start by talking about it with a psychologist or a sex therapist. Ejaculation without age-related force is a completely normal phenomenon as you age, and an andrologist will be able to help you improve ejaculatory status. Obviously, it would no longer be possible to have the same ejaculation mechanism as in our youth, but optimizing it is quite doable. For another organic reason or reasons that you do not know, it is highly recommended to consult an andrologist. After a few explorations and analyses, your practitioner can provide you with appropriate therapeutic solutions.