Ejaculation Without Sperm Or Aspermia: Explanations, Causes And Solutions 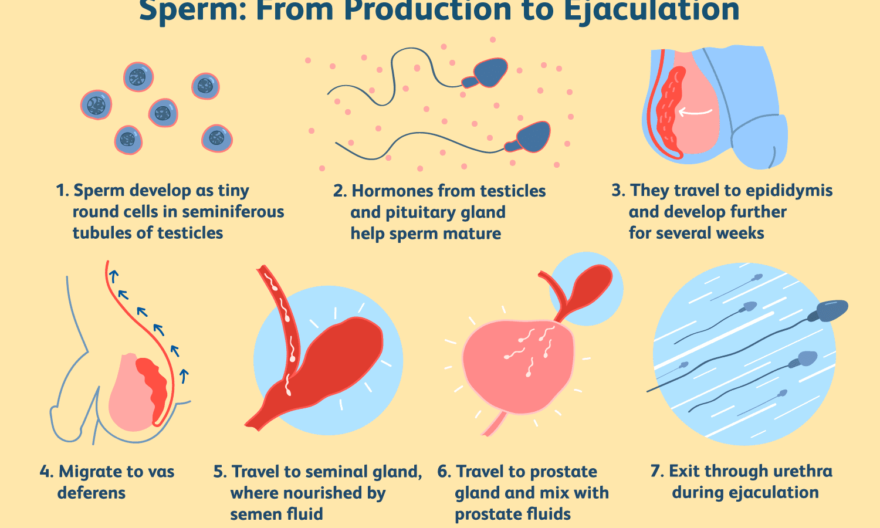 During his life, it is very likely that a man will have to deal with an ejaculation disorder. Among the various dysfunctions, there is aspermia which is better known under the term of ejaculation without sperm or more commonly called dry orgasm. This pathology is often confused with retrograde ejaculation but these two conditions remain quite distinct. We explain in more detail what aspermia is, its causes and treatments.

Aspermia: what is ejaculation without sperm?

Aspermia or dry orgasm is a condition where the man ejaculates without semen (source). In this situation, the individual will have an orgasm and proceed with the expulsion process within a time that is considered normal. Thus, this situation has no known connection with premature ejaculation.

Aspermia can be punctual or permanent and can thus considerably impact the fertility of a couple.

The three types of aspermia

There are three types of aspermia:

Symptoms of ejaculation without semen

Aspermia can manifest itself in different ways:

– Congenital malformation : the vas deferens and seminal vesicles are highlighted using an imaging technique. This is manifested in cases of obstructive aspermia. – Sexual disorders or impotence : via a hormonal or genetic problem (especially in the case of secretory aspermia).

There are several causes that can cause aspermia. In any case, if you notice an absence of sperm during your ejaculation, it is strongly advised to consult a doctor as soon as possible to determine the exact cause and begin treatment.

There are several medications, including antidepressants, that can cause ejaculation without semen. Nevertheless, in the majority of cases, orgasm is absent. We then speak of anejaculation (source). For aspermia, the most common drug is the alpha blocker (source).

Surgical interventions in adulthood as well as during early childhood can be the cause of aspermia (source). It will then be important to list all the interventions that you underwent during your medical consultation.

Neurological reasons for ejaculation without sperm

Many neurological conditions can cause aspermia. Among them (source):

Urogenital infections in particular can cause an erection with very little semen (less than 1.5ml) called hypospermia and very similar to aspermia. However, today, medical treatments against these infections are very effective and this type of inconvenience can then be treated properly, provided you go to see a doctor as soon as possible.

All diseases associated with the development of the male reproductive system such as hypogonadism or impuberism can cause ejaculation without sperm also called dry ejaculation.

One of the most common reasons for aspermia is the absence of vas deferens. That is to say the conduit allowing to mobilize the sperm from the testicles (source). A urologist can easily identify this phenomenon and surgical operations exist to correct this anomaly. The objective of this operation which consists of the resection of the ejaculatory ducts is to increase the volume of sperm by approximately 50%. However, this surgery remains transient.

As you will understand, aspermia can manifest itself in different ways. The only common denominator is the absence of semen during ejaculation. As we will see right away, the causes can be both psychological and physical. It is therefore advisable to consult a doctor if you observe prolonged aspermia.

Depending on the form of aspermia and above all, depending on the cause, there are different solutions. In order for the treatment to be appropriate, it is advisable to consult your doctor. He will be able to prescribe all the necessary analyzes to determine the cause of your aspermia.

– Treatment with testosterone : if aspermia is caused by low sperm production, then the doctor may prescribe hormonal treatment. – A surgical operation : as mentioned above, in the case of a congenital cause such as the absence of the vas deferens, an operation may be necessary. Unfortunately, the majority of these operations remain transient and research still needs to be carried out in order to improve the handling of patients (source). – The consumption of certain foods : know that it is possible to increase the volume of sperm by promoting the consumption of certain foods. Indeed, certain nutrients would promote the production of testosterone and a fortiori that of sperm. This is the case of zinc contained in oysters and other antioxidants that can be found in fruits for example.

To conclude, aspermia is an ejaculation disorder that can have consequences on the fertility of the subject individual. However, it is important to take this term with a grain of salt and not necessarily think of infertility. Fortunately, solutions exist and ejaculation without sperm can be treated.