Erection problem in 20 year olds - what to do? 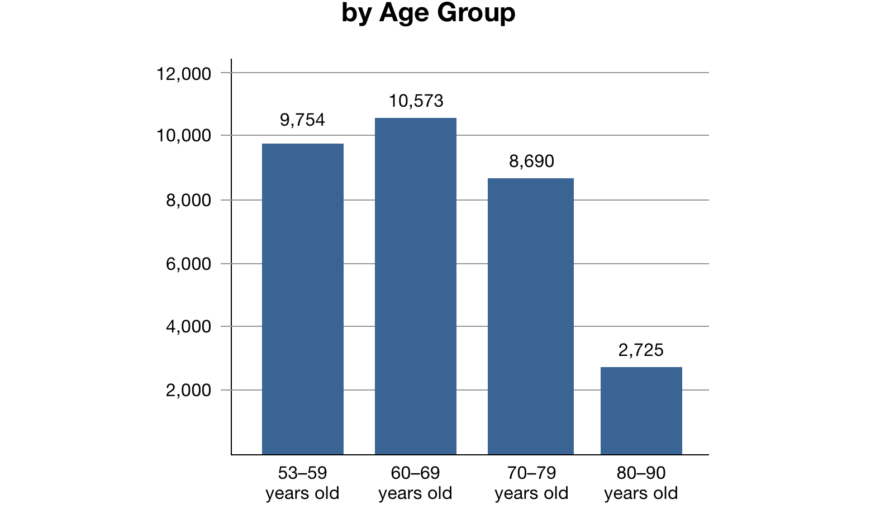 Dealing with erectile dysfunction can be a stressful experience, especially if you are a young, fit, and healthy person.

Despite its reputation as something that primarily affects older men, erection problems can and often do affect younger men. If you're 20 and sometimes have trouble getting an erection, you're not alone. In fact, there are many other men in the same situation.

How common is erectile dysfunction in young men?

Although it's not something people talk about often, erectile dysfunction is a very common problem among men. According to the National Institutes of Health, about 30 million in the United States are affected by erectile dysfunction, or about one in five men.

At first glance, it's easy to dismiss this statistic as irrelevant to younger men. After all, census data shows that more than a third of the population is over the age of forty-five. Since erectile dysfunction is usually a disease that affects older men, surely they make up the bulk of this population?

In a 2013 study, researchers noted that one in four men seeking treatment for erectile dysfunction are under the age of forty.

More worryingly, about half of the men under 40 in the study suffered from severe erectile dysfunction, meaning they were unable to achieve or maintain an erection firm enough for penetrative sex.

If you are 20 years old and have trouble getting an erection or lose your erection easily, it is best to speak to a medical professional to find out what is causing it and what you can do to treat it..

Erectile dysfunction can often be a signal that something else is wrong with your body. As we've explained below, erectile dysfunction is often caused by issues such as cardiovascular disease, high blood pressure, diabetes, and other potentially serious health conditions.

By talking to a healthcare professional about your erection problems, you'll be able to identify the cause and take action before the underlying problems get worse.

What are the causes of erectile dysfunction at 20?

This damage can affect blood flow throughout your body, making it difficult for blood to flow through the soft tissues of your penis when you are aroused.

Some research also indicates that high blood pressure reduces your body's production of sex hormones such as testosterone.

Testosterone plays a major role in regulating your libido. Studies have shown that high levels of total and bioavailable testosterone may be associated with a stronger libido and better erectile function.

Being overweight or obese

There is also evidence that losing weight can improve sexual performance and help get rid of erectile dysfunction. In an Italian study, overweight and obese men who lost an average of 33 pounds over the course of two years reported improved erectile function.

Like high blood pressure, obesity is also associated with lower levels of testosterone, a key hormone for healthy erections and sexual performance.We've explained this relationship in more detail in our guide to weight and erection quality.

Diabetes can damage blood vessels and affect your blood circulation, making it harder for your body to supply blood to the soft tissues of your penis. It can also affect the nerves in and around your penis, potentially affecting sexual stimulation.

Unsurprisingly, alcohol is not good for erectile health. While a drink or two probably won't harm your sexual performance, drinking too much alcohol can affect your erections in the short and long term.

A separate study from Hong Kong found that people who drank more than three drinks a week were more likely to report erectile dysfunction than those who didn't drink at all.

Simply put, if you drink heavily or frequently, or just enjoy a social drink, there is a chance that your alcohol consumption is a contributing factor to erectile dysfunction.

Likewise, illicit drug use could increase your risk of developing erectile dysfunction and other sexual problems.

In a 2015 scientific review, researchers noted that cigarette smokers have a higher risk of developing erectile dysfunction compared to people who don't smoke.

Cigarettes and other tobacco products can harm your erectile health and sexual performance in several different ways.

Second, the nicotine in cigarettes can cause your arteries to narrow, which affects blood flow throughout your body. Since erections are linked to healthy blood circulation, this is not good for your sexual performance.

Our comprehensive guide to smoking and erectile dysfunction goes into more detail about the effects of cigarettes on erections and sexual health.

Putting on a condom is simple in theory, but in the heat of the moment it's often a much more difficult process than you think.

If you use condoms incorrectly, have trouble putting them on the right way around, or have other problems while using this form of birth control, it's far from uncommon for you to lose your erection. This is known as a condom-associated erection problem (CAEP).

CAEP can happen while you are putting on a condom or before, for example if you feel anxious about making a mistake when applying the condom. It can also happen during sex if your condom is not put on correctly, is too loose or too tight, or reduces sexual stimulation.

Erectile dysfunction caused by condom problems is more common than you might think, especially among men in their 20s. In a 2015 study of 479 men aged 18 to 24, 13.8% had CAEP while putting on a condom.

Unlike some of the causes listed above, porn-induced erectile dysfunction is not caused by a disease or physical factor. Instead, it may be the result of changes in the way you respond to sex that result from the limitless novelty, quantity, and unique escalation potential of Internet pornography.

How to Treat Erectile Dysfunction

Sildenafil. Better known as Viagra ® or Generic Viagra, Sildenafil is also available as a generic drug.It works to treat erectile dysfunction by increasing blood flow to the erectile tissue in your penis. This makes it easier for you to get and keep an erection. Sildenafil is a fast-acting drug. After taking it, you will notice effects within 30-60 minutes. A normal dose of sildenafil lasts three to five hours, making it a good choice if you need to treat erectile dysfunction for just one night.

Tadalafil . Sold as Cialis ®, tadalafil is also available as a generic drug. It works similarly to sildenafil and other erectile dysfunction drugs, by increasing blood flow to your penis when you are sexually aroused. Tadalafil is a drug that lasts much longer than sildenafil. A single dose usually starts working within 60 minutes and can last for 36 hours, making it a good choice if you're looking for an erectile dysfunction treatment that will continue to work throughout the day.

Vardenafil.Sold as Levitra®, vardenafil has similar effects to sildenafil but lasts a bit longer in the body. It is effective in 30 to 60 minutes and lasts five to eight hours, making it a good choice if you need to treat erectile dysfunction for just one evening.

If you have diabetes, cardiovascular disease, or high blood pressure, talk to your healthcare provider. They may be able to prescribe medication or recommend another type of treatment that can help improve your health and sexual function. If you're using medication, talk to your healthcare professional about side effects such as erectile dysfunction. Some medications can cause sexual side effects, including erectile dysfunction. Talk to your health care provider about the erectile dysfunction medications you use and see if other options are available. If you are obese or overweight, try to lose weight.Although the BMI system has some limitations, if you are overweight, aiming for a target weight in the "normal weight" range is a good idea that can help improve your erectile health and sexual performance. Consider limiting your porn consumption. If you think porn may be affecting your erections and sexual performance, try watching it less than usual, or make an effort to avoid watching porn altogether. It may also be helpful to talk to a therapist. Take steps to manage stress and anxiety. Treatment options such as counseling, sex therapy, and sexual performance anxiety therapy can help you overcome performance anxiety and other psychological causes of erectile dysfunction. Avoid consuming too much alcohol.If you drink often, try to reduce your alcohol intake, especially on the nights you plan to have sex. When drinking, be careful not to drink too much and limit yourself to a few servings of alcohol per night. If you smoke, quit. Quitting smoking has countless health benefits, including a reduced risk of erectile dysfunction. A 2004 study found that many ex-smokers experience a measurable reduction in erectile dysfunction symptoms after quitting smoking. Talk to your partner. Sometimes talking to your partner can help reduce anxiety and improve intimacy in the bedroom. Our guide to talking to your partner about erectile dysfunction explains what you can do to facilitate conversations about sexual performance.

Although erectile dysfunction is more common in older men, it is normal and far from uncommon to experience difficulty getting or maintaining an erection in your twenties.

If you're 20 and have erectile dysfunction, don't be afraid to take action. Talking to a medical professional is a great way to learn more about what you can do to overcome erection problems, improve your sexual performance, and enjoy a better quality of life.