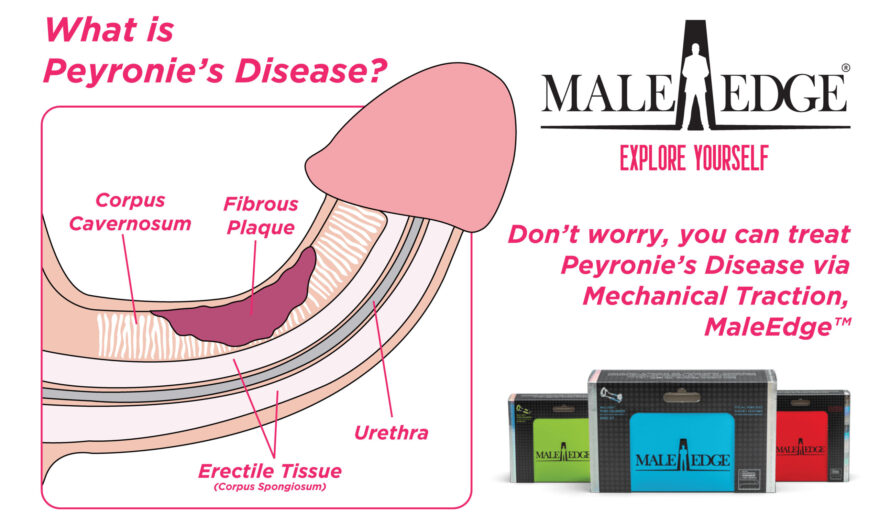 The twisted penis is a completely normal form of penis. If you have always had a curved penis and you do not observe any evolution, it is certainly a genetic and hereditary characteristic. The twisted rod is sometimes a source of complex. However, in the majority of cases this natural phenomenon does not negatively affect sexual intercourse.

On the other hand, if the deformation appeared spontaneously and worsens over time, this may be the sign of the onset of Peyronie 's disease. In this case, it is best to go to a doctor. Here's everything you need to know about a curved penis and Peyronie's disease.

This anomaly affects between 3 and 9% of the male population and mainly after the age of 55 (source). Although its diagnosis and the studies carried out on the subject are recent, its discovery dates back to the 18th century.

It was Doctor Lapeyronie, surgeon and confidant of King Louis XIV, who was the first to describe the symptoms of this disease.

If your penis has always been twisted, the cause is genetic. However, rest assured, this morphology does not affect your libido or your sexual performance in any way. If the curvature started spontaneously and gets worse over time, it may be Peyronie's disease.

The causes are not known with certainty. However, part of the scientific community believes that the twisted penis is the result of repetitive strain injuries (source).

You may have already felt this sharp pain in your penis, during intense sexual intercourse. The pain is often accompanied by a dull sound, like something was broken.

It could be the fibers and tissues inside your penis breaking. Of course, this breakage is done at the microscopic level and in the majority of cases, they are imperceptible. Generally, this unpleasant feeling disappears after a few hours, even a few days.

There are rare cases of penile fractures during excessively intense sexual intercourse, which would be the cause of Lapeyronie's disease. Finally, practicing penis extension exercises known as Jelqinq can also be the cause.

This dangerous and ineffective practice could lead to trauma and lesions resulting in bent penis syndrome.

With each microtrauma, the body triggers the phenomenon of healing. However, with force, fibrous plaques form in the cavernous body of the penis (source).

Eventually, these indurated plaques called fibrosis deform the penis and the penis curves. The subjects most concerned are generally over 50 years old, at this age the fibers are more fragile.

Another explanation would be a genetic predisposition. Indeed, it is possible that certain genes are factors favoring the appearance of these micro lesions and ultimately, Lapeyronie's disease (source, source).

As previously explained, the exact causes inducing Lapeyronie's pathology are not known. Thus, the scientific community is torn between the two hypotheses mentioned (source). For now, both conjectures are valid.

Peyronie's disease is manifested by the sudden appearance of three symptoms (source):

These symptoms are not necessarily systematic or always linked. In other words, if you experience any of these symptoms, it is advisable to consult a medical specialist or a sex therapist.

A clinical examination is necessary to confirm the diagnosis. The doctor will most likely order an ultrasound. However, palpation remains the best way to determine if you have this disease.

Attention, it is important to consult as soon as possible. Indeed, the faster the treatment is done, the more likely you are for the treatment to have an effect (source). In the same way the treatment will be different according to the evolution of the pathology.

Let's analyze in detail the three symptoms of Peyronie's disease to be able to identify them correctly.

This normally disappears between 6 to 8 months after the onset of the disease. Some men feel pain during sex only. These pains sometimes making penetration impossible. Others, on the other hand, have pain while the penis is in a flaccid state.

The progressive deformation of the penis

The penis is twisted in any direction: ventral, dorsal or mixed. The angle of curvature varies depending on the patient. However it tends to get worse over time. In rare cases, the penis twists at 90° or at a right angle.

The curvature of the penis prevents blood from flowing properly through the spongy bodies of the penis. In this case the subject experiences either a soft erection or impotence.

Some men who have a twisted penis may also experience erectile dysfunction or arousal disorder, but this is rare and often a psychosomatic response.

How to diagnose an abnormally twisted penis?

To diagnose if your penis is twisted in a natural way or if you are prone to Lapeyronie's disease, the health professional such as a urologist or your doctor will perform a clinical examination.

In the majority of cases, it is a palpation and then a questionnaire to determine the date of the beginning of the appearance of symptoms. In some cases, the specialist may also prescribe an ultrasound.

What are the consequences and complications of the curved penis?

A penis twisted by heredity does not normally have any consequences on your health or your sexual relations. Nevertheless, the man can then complex and develop anxiety, depression or even sexual dysfunctions such as erection problems, libido disorders or even premature ejaculation (source).

In the case of Lapeyronie's disease, the curvature and the pain evolve over time and often cause a sexual handicap such as impotence, loss of libido or even ejaculation disorders (source).

In the case of Lapeyronie's disease, the results of studies conducted on the cure are mixed. Indeed, to date, there is no effective treatment for all men that can restore all genital functions (source).

However, without treatment, the chances of recovery are less. For several years, doctors have been working on solutions. Some proposals are promising such as stem cell therapy (source), however, this one is far from unanimous and additional tests are needed.

This is why most of the time, we will propose an additive treatment that combines several of these solutions.

With regard to the twisted penis acquired since birth, here too there are few alternatives. In reality, it will mainly depend on the degree of curvature of the penis and the age of the patient.

Initially, if you have had symptoms for less than 6 months, the healthcare professional will suggest drug treatment. There are several types of drugs offered:

– Vitamin E : is essential during the reconstruction of tissues and fibres. – The injection of corticosteroids reduces the pain. – Pentoxifylline, is a vasodilator, also prescribed to patients who suffer from arteritis in the lower limbs.

However, so far, these treatments seem to have limited effectiveness and fail to stop plaque formation (source). It is important to respect the dosage of oral treatments prescribed by your doctor and to take into account the possible side effects of such treatment.

In addition, the side effects of corticosteroid injections are numerous and the results seen on the improvement of the curvature would result more from a mechanical effect due to the injection itself than to the effectiveness over the duration of the treatment.

Peyronie's disease thus results from the induration of fibrous plaques found in the penis. Some surgeries therefore consist in removing these famous plaques which are at the origin of the twisted penis. However, this operation is risky and its success will depend on the degree of progress of the disease. In addition, it is possible that the penis shrinks after the operation or that you are prone to sexual dysfunction (source). The side effects and contraindications are numerous and must be taken into account when deciding on the intervention, which will be done under general anesthesia.

The other surgical solution is to use a prosthesis in order to solve erectile problems and the curvature of the penis. Nevertheless, the results differ from one individual to another (source). This very invasive solution with multiple side effects will only be offered to you by your sexologist surgeon as a last resort, following a very thorough examination and the failure of other solutions.

Several studies summarized in the same review have highlighted the effect of the penis extender to fight against Lapeyronie's pathology (source). Indeed, according to this same source, the penis extender would improve 60% of cases after 6 months of use.

Be careful though, if this solution would also enlarge the penis, the penis extender can be inconvenient. Indeed, you will have to use it several hours a day for many months.

Health professionals say that the following measures may reduce the chances of developing bent penis syndrome or Peyronie's disease:

– Sleep on your back or on one side so as not to crush your penis with the weight of your body – Take vitamin E to solidify the fibers of the penis – Be attentive to pain or injuries during sexual intercourse. Indeed, the risk is increased when the partner is located above the man)

To conclude, the twisted penis is often a natural and genetic phenomenon.

This curved rod does not cause sexual problems. However, in some cases, the twisted penis can be a symptom of Peyronie's disease and is associated with pain in the phallus.

In this case, it is strongly advised to consult a doctor. Indeed, the health professional will be able to take care of you and offer you a solution that seems to him the most adapted to your case.