How To Ejaculate Further And How To Have A Powerful Ejaculation? 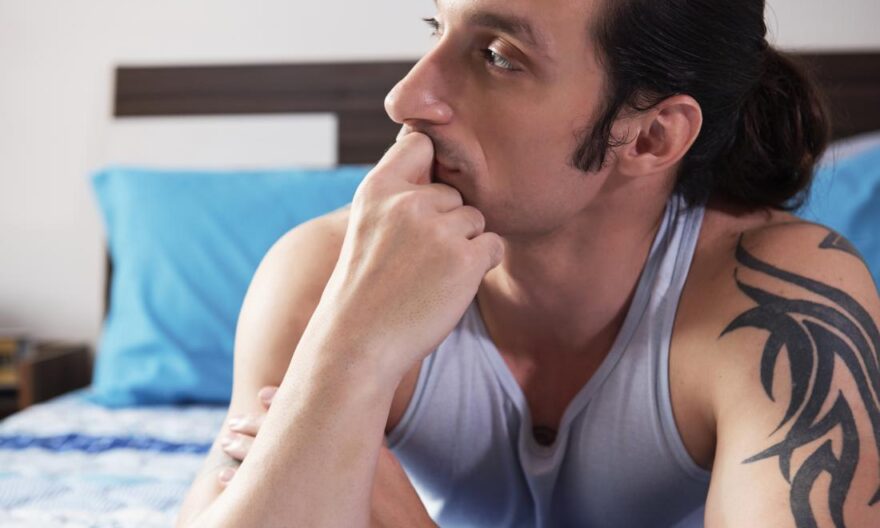 How to ejaculate further and how to have a powerful ejaculation?

As you certainly know, the quality of ejaculation is subject to many variations, even without mentioning erectile dysfunction. Indeed the quantity of sperm as well as the pressure with which it is expelled can have an impact on your pleasure but also on your fertility. When you are not in optimal conditions, it may happen that your ejaculation may lack intensity.

So we looked into the subject. We will see together how to ejaculate further, have abundant ejaculation and improve the case of slobbering ejaculation. You will see that it does not take much to improve the quality of your sperm, your erections and therefore your ejaculations.

Ejaculation, how does it work?

Before seeing together how to ejaculate further, let's see how ejaculation works. Before ejaculation, the erection is formed. Let us therefore briefly recall how erections work: sexual arousal triggers a series of nervous messages which trigger the relaxation of penile muscle tissue. At this point, two phenomena occur, practically simultaneously:

1. The corpus spongiosum and the corpus cavernosum fill with blood and cause the penis to swell. The blocking of the venous return via a process of compression makes it possible to achieve sufficient rigidity. 2. Sperm, produced in the testicles, concentrates in the posterior urethra, located near the prostate. By analogy, we say that the man charges because he is ready to ejaculate.

When arousal reaches its peak, semen is expelled via contraction of the muscles of the perineum and urethra. The striated sphincter opens and at the same time the bladder neck closes to prevent sperm from flowing back into the bladder.

Ejaculation in numbers: did you know?

1. Semen is usually expelled in jerks that are spaced about 0.8 seconds apart. 2. Generally, the penis stays in an erectile state for an average of 10 minutes. Below one minute, we speak of premature ejaculation. 3. The amount of sperm expelled fluctuates between 2 and 6 milliliters, or one to two teaspoons. It is possible to increase semen volume. 4. The volume of ejaculated semen contains between 200 and 500 million sperm. 5. When you ejaculate, your semen is propelled at almost 50 km/h. 6. In general, the sperm is ejaculated at a distance of less than 20 cm. But a certain Horst Schultz currently holds the world record at 5.71 meters (source, source).

How to ejaculate further: adopt a healthy lifestyle

As we saw at the beginning of the article, for the sperm to be expelled, the penis must accumulate enough pressure. This pressure will depend on the quality of your blood circulation.

Indeed, as I said, the penis gorges itself with blood thanks to the vasodilation of the vessels of the penis. As you will have understood, to know how to ejaculate further, you should know how to improve your blood circulation. This requires a healthy lifestyle.

Some say: “we are what we eat”. I would say we can apply this principle to semen and ejaculation. For your erection to be of good quality, you must at all costs adopt good nutritional reflexes.

You certainly know the basic ones: eat at least 5 fruits and vegetables a day, avoid foods that are too fatty, too salty and too sweet, moderate your alcohol consumption. All these principles, you must apply them. But to really know how to ejaculate further, there are certain foods to favor, others to avoid. (source)

To improve the quality of your ejaculations, preferably consume foods rich in antioxidants because they are very famous for taking care of your veins. Therefore, favor sources of vitamin E such as walnuts, hazelnuts and avocados (source).

Fruits that contain vitamin C such as blackcurrant, guava or pineapple. As for vegetables: broccoli, asparagus and cabbage are rich in vitamin C. Finally do not forget the sources of zinc such as beef but especially oysters. (source)

For your dietary efforts to be rewarded, avoid foods made with sugar and white flour. That is to say almost all pastries, but also bread. These recommendations may seem restrictive, however by adopting it you are not only solving the question how to ejaculate further.

Indeed the quality of the diet also influences the taste of the sperm and improves its consistency in the case of gelatinous sperm.

The practice of a sport is also part of the answers to the question how to ejaculate further. Again, the basic recommendation still stands: get at least 30 minutes of physical activity a day.

Contrary to popular belief, it's not that hard and you'll see that you'll achieve more than half an hour of physical activity very quickly, without realizing it. For that you just have to put in place some daily habits like walking your dog, walking a few metro stations, climbing stairs, cleaning at a good pace…

But the best habit to adopt is still that of putting on your sneakers and going out for a run (source).

The practice of a physical activity will allow you to improve your blood circulation, but also to boost your libido. Indeed the sport stimulates your production of serotonin, the hormone which allows to obtain beautiful erections and which increases the sexual desire (source).

If you opt for jogging, you will benefit from the powers of the sun which also contributes to increasing the production of serotonin. In short, to answer your question: how to ejaculate further? I would say only one thing: go out and play sports in the sun.

How to ejaculate further: exercise your penis too

No, your penis will not escape the sport either. Indeed, there is a very simple way to strengthen your penis in order not only to delay ejaculation, but also to have better quality ejaculation. How to ejaculate further by exercising your penis? This is what we are going to see right away.

You may have heard of them, these exercises are also recommended to help control ejaculation. These are Kegel exercises. Basically, it is rather pregnant women who practice them in preparation for childbirth. Moreover, this method is not new, Doctor Arnold Kegel has been recommending it since the 1940s.

So why the hell am I about to tell you how to practice pregnant woman exercises when we are trying to find out how to ejaculate further. You do not see the report? There is one and it has a very complicated name as we like them: pubococcygeal muscle.