I lose my erection when I put on a condom, what can I do? 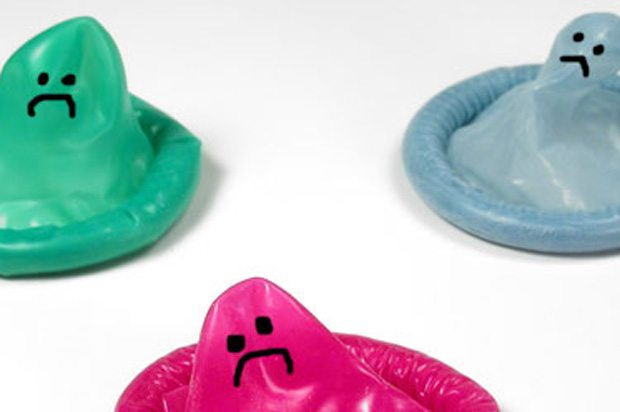 Condom failure is something common, which can happen at any time of life without expecting it. When the loss of erection is recurrent, even systematic, it can become unbearable and reduce a man's sexuality to nothing. Let's see instead the causes of such a breakdown, and the ways to remedy it.

The fact of having to interrupt foreplay to put on a condom generally makes the excitement disappear, and therefore the erection which may have difficulty in reappearing. This misadventure can generate anxiety in the man who then anticipates failure, which only has the consequence of contributing to its repetition. Putting on a condom thus becomes a psychological block assimilated to sexual breakdown and not to pleasure.

The solutions to remedy the failures of the condom of psychological origin are relatively simple. First, make sure you have a condom handy, even before foreplay begins. Make sure that there is a minimum of time between the moment you decide to cover yourself and the moment you put on the protection. In this way, you will keep your erection and eliminate the fear of not seeing it reappear.

Easy to say but less easy to implement, try to play down the situation. If your breakdowns become an obsession, you run the risk of making the situation worse. Likewise, do not insist too much on this subject with your partner so that your carnal relationship remains as natural as possible.

A solution, rather pleasant, consists in making sure to eroticize the putting on of the condom. For example, ask your partner to continue to caress you while you protect yourself. For this moment to become a moment of pleasure, do not hesitate to let your partner take control. By unrolling the condom on your penis, it will thus stimulate your erection which will not risk falling.

Finally, when putting on a condom, try to focus your thoughts on the pleasure you are about to take and not on the failure you are likely to experience. This step can become a real sexual game that is more exciting than restrictive, especially if you choose stimulating condoms such as grooved, beaded or scented ones…

Some men just can't stand the “choking feeling” that condoms can cause. This oppression has the consequence of reducing the blood flow, and therefore of stopping the erection. It is also not uncommon to feel feelings of tightness which, in the long run, make the sexual act painful and cause sexual breakdown. The causes can also come from the lack of sensation caused by condoms. This last case is found above all in men who have already experienced it and who, until then, did not use condoms.

To remedy a condom failure of physical origin, it is essential to know precisely the nature of the discomfort in order to choose the appropriate solutions. If you feel cramped when you put on a condom, that you have the feeling that the elastic compresses the base of your penis and thus reduces the blood flow, turn to sizes XL, even XXL. However, be careful not to use a size that is too large, as it may not stay in place during the sexual act.

If you suffer from feelings of tightness when wearing a condom, first make sure you are not allergic to latex. If the problem is not there, lubricate the inside of the protection with an intimate gel. You should find a pleasant comfort that will allow you to regain a taste for the sexual act without apprehending the pain.

Finally, if you are one of those who do not feel any sensation when they put on a condom, try to get the thinnest protections they are. Depending on the brands and models, the thickness varies considerably. Do not stay on a failure and multiply the chances of finding the condom that distorts your lovemaking as little as possible.