Involuntary erection: why do we accidentally and for no reason have a hard-on? 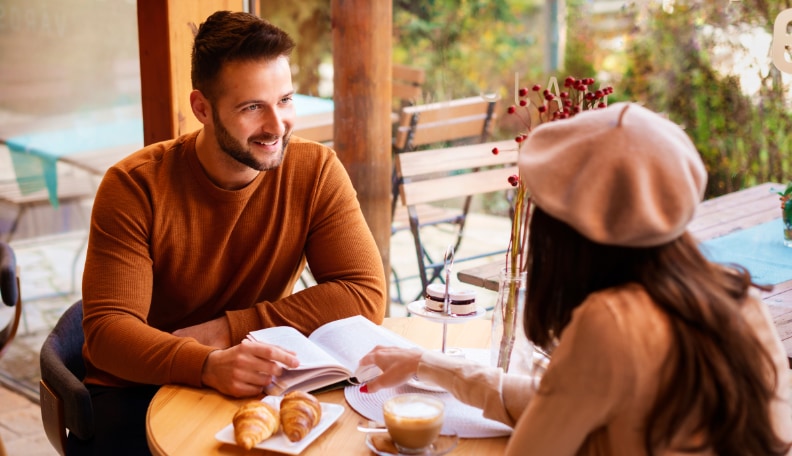 The erection is a phenomenon that allows you to take a lot of pleasure… when it deigns to function normally. Between the cases of impotence, where the erection does not occur, and the soft erections… Definitely the erection is very capricious. And as if that were not enough, let's add to the list of these dysfunctions the case of involuntary erection.

Not that it is an erection disorder in its own right since it generally has no effect on sex life. However, it's still embarrassing to feel an erection being born while we are in a situation that apparently has nothing exciting. But by the way, why does the involuntary erection occur? Is it possible to fix it? Let's see that.

1 Involuntary erection: what is it exactly?
2 Causes of spontaneous erection
3 I have a hard-on without wanting to: regularize the erection with a natural supplement

Involuntary erection: what is it exactly?

To fully understand what an involuntary erection is, you should first know how erection works. It all starts in the brain where excitement is born. This is usually visual or tactile, but sometimes a simple thought is enough.

When there is sexual stimulation, your nervous system triggers a whole series of messages that travel through serotonin, the main neurotransmitter of this phenomenon.

The blood vessels of the penis – especially those of the corpora cavernosa – dilate and fill with blood. Your penis hardens, it is erect. At the same time, the urethra is loaded with sperm, ready for the next phase: ejaculation (source).

The involuntary erection occurs exactly the same way, except for one detail: the excitement does not seem to have taken place. The most common case of this type of erection is one that occurs at night or in the early morning, upon waking up.

This is a completely normal phenomenon, moreover a healthy man strip between three and four times a night. In this specific case the involuntary erection is caused by the oxygenation of the cavernous bodies.

Most of the time this is a sporadic phenomenon. Other than hiding behind something, there's not much you can do. But in some cases voluntary erection occurs often , far too often for your liking.

Do not panic, we will see that there are solutions that help control spontaneous erection.

The causes of spontaneous erection

As we have just seen, erection is a neurological response to sexual arousal. But in the case of an involuntary erection, if there is no excitement, then why does the penis harden?

A symptom of Priapism

From this article on symptoms and treatments for Priapism we can see that it is a rare disorder, but it does exist. Priapism is a long involuntary erection.

This kind of erection can last several hours, they are very painful and can cause permanent bonds such as impotence (source).

The causes of Priapism are varied and are usually due to poor blood circulation. As I told you, this case is rare but it is absolutely necessary to consult a doctor as soon as possible.

If your erection is very painful, your glans is soft despite your penis hardening and if it lasts more than 2 hours, it may be priapism. In this case, do not hesitate to run to the emergency room (source).

As I told you, the erection is triggered following sexual stimulation. Most of the time, the object of arousal in question does not go unnoticed. However, there are some cases where it is done unconsciously.

Sometimes the logic of these links completely escapes us and we mistakenly think we have no excuse to feel excitement. One of the best-known examples of this kind of connection that our brain makes is the famous "déjà-vu". In some cases, it has a sexual connotation, and your penis knows it.

The man needs to ejaculate regularly. If he doesn't, he builds up sexual tension that eventually manifests in different ways. If you have no or very little sex, this may be the cause of your involuntary erection.

Finally, the last cause that can be the source of an involuntary erection is hormonal imbalance. As I explained to you, when excitement occurs, your brain sends a nervous message via the famous happiness hormone: serotonin (source).

During the day, the production of serotonin and testosterone fluctuate and this variation can lead to a disorder in the level of the excitation message. As you may know, hormone production—and this type of hormone in particular—is largely influenced by our environment.

In other words, a poor lifestyle is often the source of a hormonal imbalance and a fortiori of an involuntary erection.

I have a hard-on without wanting to: regularize the erection with a natural supplement

The good news in all that we have just seen, is that out of five possible causes, there is a solution for three of them.And on top of that, imagine that it is a natural, fast and effective solution.

Indeed, there are natural food supplements capable of solving erectile dysfunction. In the case of a regular involuntary erection these small pills are particularly effective.

There are many products that help with erection problems. If you wish, I invite you to read our article on the best pill for erection.