Is alcohol to blame for delayed ejaculation? 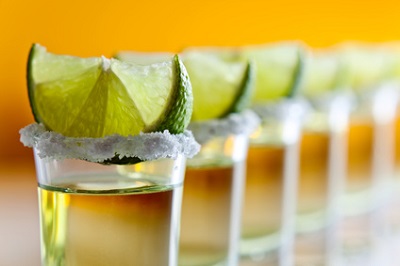 Alcohol is called a social lubricant because it tends to disinhibit people and make it easier for them to communicate. It's no coincidence that many people drink alcohol when chatting with someone they're sexually interested in because they find that alcohol can make the situation less stressful.

Alcohol acts on the body by inhibiting (or slowly shutting down) your nervous system. If you are an anxious person, you may notice a decrease in hyperactivity in your brain, which makes it easier to approach and interact with other people. The more you drink, the more your brain and nervous system are inhibited. Eventually, you don't get the same sensation from your nerve endings to your brain or the same messages from your brain to your body. This makes it more difficult, if not impossible, to achieve orgasm and ejaculation during sex.

How does alcohol affect sex?

As you can see, alcohol slows down brain activity so that your brain cannot process or send information as quickly as usual. This is why alcohol consumption slows down a person's reaction time, hence the prohibition of driving or using heavy equipment or dangerous tools while drinking more than a few drinks. Without these nerves functioning as they should, your brain cannot receive sufficient stimulation to allow orgasm to occur. Although there are individual differences in how much alcohol a person can tolerate before getting drunk, more than one or two drinks can already start to interfere with the ability to reach orgasm.

Alcohol can ruin sex in other ways too.

Alcohol not only delays orgasm, but it can also ruin sex in other ways. Since the brain is increasingly inhibited the more a person drinks, the physical experience of sex is reduced because the nerves are numbed. This results in a less intense feeling all over the body, including the genitals. Alcohol can also seriously impair a person's judgment, so it can lead them to make choices they might not necessarily make, such as putting themselves at risk by engaging in riskier sexual behavior, such as not use a condom, for example. You have much less control over what happens to you when you drink alcohol because your brain can't really weigh all the risks of a situation, and you can't react like you normally would.

It's not just the act of sex that is negatively affected by alcohol, but it can also hurt you in the long run. Alcohol also raises your blood sugar, cortisol and estrogen levels. This will cause you to gain weight over time, damage your blood vessels causing premature heart disease and erectile difficulties, and put you at higher risk for cancer, especially breast and prostate cancer. So you see that alcohol has very negative effects on sex as well as your overall health. These are things that need to be carefully considered, especially if you find that you rely on alcohol to take away your anxiety, if you drink every day, if you often have days where you have had more than 2 drinks, or if you already have some sexual or medical side effects from alcohol.