Is Ginger Really An Aphrodisiac? 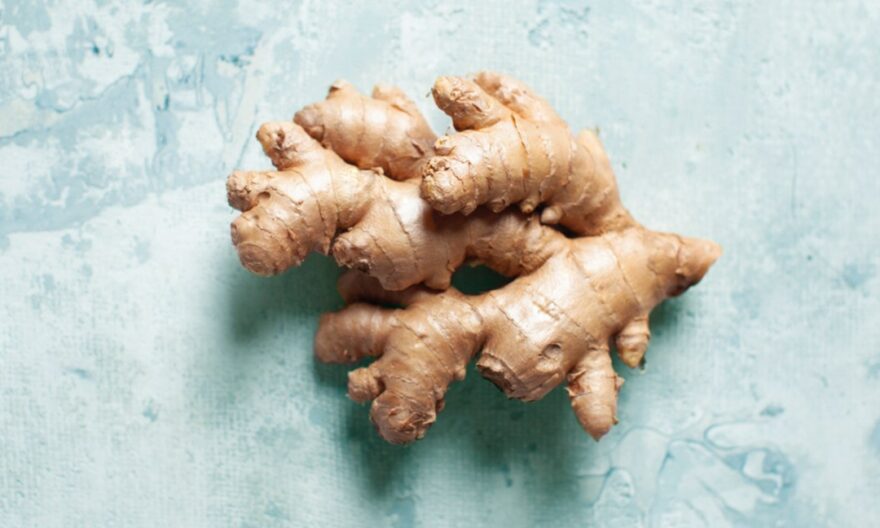 Renowned for its many health-promoting properties, ginger is now recognized as a natural viagra. Indeed, its rhizome, that is to say its root, would have aphrodisiac virtues allowing to boost sexual activity and to find the libido on a daily basis.

But what exactly are the virtues of ginger? What is the best way to consume it to get all the benefits: raw or cooked, or in the form of aphrodisiac ginger juice? We answer these questions and share our best recipes with you in this article.

Ginger (Zingiber officinale) is a perennial plant, whose name means “shaped like antler” in Sanskrit shringavera.

Its use is millennial since its root has been consumed for more than 5,000 years and is an integral part of traditional medicines such as Ayurvedic medicine or Chinese medicine.

Used both as a spice and as a remedy, ginger has many benefits, giving it the reputation today of being a powerful anti-inflammatory, but also of considerably fighting against nausea. (source)

It is eaten raw or cooked in powder, grated and even liquid: ginger juice is very popular and a component of cocktails known to be aphrodisiacs.

It is therefore now part of the essentials in the kitchen, but also in natural care when it comes to preventing and treating everyday ailments.

The aphrodisiac properties of ginger

Its benefits do not seem to be limited since ginger is mainly known for its aphrodisiac properties to promote erections. Its use is such that it is present in all cultures of the world:

– In Malaysia, it is used to charm women – In the Maghreb, it is loved to rekindle the flame of love – In Senegal, women use it to excite their husbands – In India, ginger is even mentioned in the Kama- Sutra.

Ginger has the ability to improve blood circulation thanks to the active ingredient present in its rhizome called gingerol. It is a natural vasodilator (source).

Therefore when the blood flow increases, the erogenous zones of the man and the woman are better stimulated. Ginger then makes it possible to find a more developed libido, erectile dysfunction is reduced and therefore, sexuality is again more fulfilled. (source)

The principles of Chinese medicine

According to the principles of Chinese medicine, many foods are considered "hot" by their structure. Indeed, these are so-called "vitality" foods, because they help to tone the yang, that is to say the warm energy of our body. Spices are also the basis of this principle.

Ginger, among others, falls into this category and contributes to our warm energy. Thus, it is considered capable of warming up our sexual ardor and therefore, of stimulating our libido.

Although its use is thousands of years old and claimed, no study to date has been able to demonstrate its heating actions.

Recent studies have been able to demonstrate the increase in testosterone levels through the use of ginger. (source) Testosterone is the male hormone whose main role is to directly influence virility and libido.

Its rate changes over the years and tends to decrease from the age of 45, when we speak of andropause. It is a set of symptoms, the main one being a decrease in libido. Completely curable, it is also necessary to prevent this decrease and to maintain maximum testosterone levels. It is therefore important to know how to know your testosterone level.

According to the results of studies, ginger acts directly on testosterone levels through different effects:

Although the use of ginger in the kitchen is completely safe, some precautions should be taken for its therapeutic uses involving large quantities or forms of cures. Even though it's all natural, that doesn't mean it's safe.

This is why it is important to consult your doctor before starting a large consumption of ginger. Especially if you take anticoagulants, treatments for diabetes, hypertension or if you have cardiovascular problems.

How to use ginger for its aphrodisiac properties?

The advantage of ginger is that it can be consumed in different forms to enhance dishes or drinks.

Use ginger in all its forms

To take advantage of its aphrodisiac properties, it is possible to consume raw ginger, in powder or in the form of dried roots.

The use of ginger powder remains the simplest in the kitchen. On the other hand, we prefer it fresh or in dried roots for drinks and the famous aphrodisiac ginger juice and therapeutic uses.

Ginger associated with other aphrodisiac plants

To maximize the effects of ginger, it is also possible to combine it with other aphrodisiac plants. For example, Maca, also known as Peruvian viagra, is the ideal ally as a solution against libido disorders and to boost testosterone levels.

Thanks to its millennial use, ginger is particularly versatile in its use. Here are some aphrodisiac recipes to improve your libido and find a fulfilling sexuality.

Ginger infusion is an effective way to consume ginger and derive all its virtues. Its root will give a fragrant and comforting drink. We are talking about decoction here since we are infusing a root, not leaves. The decoction is actually the best way to get all the benefits from the roots.

1. Remove the skin from the root of the ginger and chop it finely into slices. 2. Put the water to boil in a saucepan. 3. Once boiling, put the ginger, lower the heat and continue the infusion for 20 minutes. 4. Then remove from the heat and leave to rest for an additional 15 minutes, covering the pan: you get a hot ginger juice. 5. Add the lemon juice, mix and enjoy!

For a faster method, opt for powdered ginger, or 3 teaspoons. Boil for only 10 minutes, removing the pan from the heat once boiling. Strain the ginger that floats to the surface, and your ginger tea is ready.

Ginger juice is a popular recipe in Ivory Coast and is found under the name " Gnamakoudji ". You will need 250 g of fresh ginger, 1 L of water, 250 g of sugar, vanilla sugar, a few fresh mint leaves and lemon juice.

1. If you have a juice extractor, pass the ginger rhizomes cut into pieces before mixing everything. 2. Alternatively, opt for a blender, let the dough rest with water and lemon for 30 minutes. Filter everything and add the sugar, vanilla sugar and mint leaves. 3. Drink your aphrodisiac ginger juice chilled.

What ginger, honey, and lemon have in common is that they are all known to be natural anti-inflammatories and antibiotics. In addition to its benefits in favor of the immune system, honey would promote erections.

Lemon is known to be antibacterial and therefore to fight against everyday ailments. However, it is also a great ally for warming up the body and boosting the effects of ginger.

The combination of the three, in the ginger honey lemon cocktail, then makes it possible to stem extreme fatigue, restore energy, promote blood circulation and thus form a natural solution against erectile dysfunction.

The ginger honey lemon cocktail recipe requires: about 4 cm of fresh ginger, 4 tablespoons of honey, 2 lemons and a liter of water.

Boil the water in a saucepan. Peel the ginger and cut it into thin slices. Pour the juice of the two lemons, the honey and the slices of ginger into the hot water. Leave to infuse for a few minutes and your honey lemon ginger cocktail is ready. You can enjoy it as an infusion or cold, like an iced tea.

It can be enjoyed in all its forms : raw or grated to spice up your dishes, or in the form of aphrodisiac ginger juice, ginger infusion or ginger honey lemon cocktail.

Remember that the best way to prevent any problem with sexuality is to consult your doctor to discuss it. He will then be able to direct you towards treatments or solutions that are entirely adapted and personalized according to your case.