Jelqing: A Dangerous And Ineffective Method 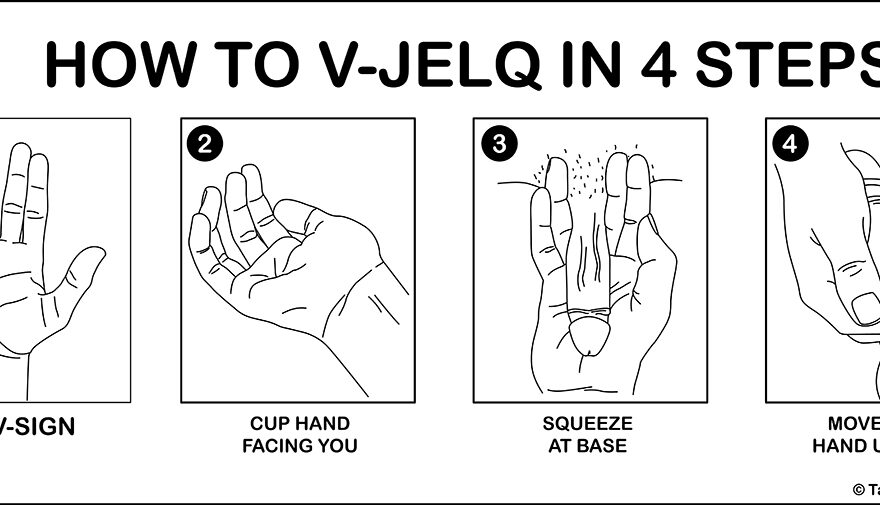 Jelqing is a penis stretching exercise that aims to enlarge your penis. This method is very controversial on the internet as well as in the scientific community. Some specialists assure that Jelqing works while others question its effectiveness and warn of its dangerousness. We wanted to know more about Jelqing and especially to untangle the true from the false on this stretching of the penis.

1 What is Jelqing?
2 Does jelqing work?
3 Jelqing before and after?
4 Is Jelqing dangerous? Risks and contraindications
5 Precautions to take before starting Jelqing
6 How to perform jelqing?

Jelqing is considered by its supporters as an exercise to enlarge the penis. Concretely, it is a massage of the penis, carried out with the hands. When this exercise is practiced regularly, it could promote blood circulation in the direction of the cavernous bodies of the male sex. By adapting to this greater flow, the tissues of the penis could expand. This would, among other things, make the penis bigger.

This method is presented as a natural alternative to surgery or medical treatments (source). If on paper, jelqing seems to be an interesting solution and less expensive than other treatments such as penis extender or penoplasty, the reality seems to be quite different, and certain information is essential to know before opting for this type of exercise (source).

Jelqing is a controversial penis stretching exercise. Indeed, there is no scientific consensus to prove that this method is really effective in enlarging the penis and fighting erectile dysfunction. Moreover, scientific studies remain very limited on this subject.

Most specialists and sexologists are against this practice for two major reasons: it is ineffective and dangerous. Indeed there is no serious scientific study demonstrating the effectiveness of Jelqing.

One study, however, investigated the impact of extending the penis with a system such as an extender. This reveals that it would be necessary to stretch the penis at least 9 hours a day for 3 months to obtain an enlargement of 2.54 cm (source). Finally, no study has revealed whether these results were temporary or permanent.

Jelqing before and after?

Thus, if the effectiveness of Jelqing remains to be proven, the defenders of this method would claim that it would make it possible to obtain:

a longer and wider penis longer and more powerful erections – more frequent erections: regularly stimulating the penis and improving its irrigation would facilitate erections. – better sensations in the penis : jelqing would allow you to reclaim your sex and make it more sensitive during the act.

As we write previously, no studies have proven the beneficial effects of this method.

Is Jelqing dangerous? Risks and contraindications

The scientific community warns of the risks of this dangerous practice. Improper handling or erroneous movements could lead to side effects such as:

– bruises on the penis – pain in the penis skin irritation due to friction erectile dysfunction – impacts on the shape of the penis and cause Lapeyronie's disease or twisted penis syndrome (source, source).

It is therefore necessary to be careful with Jelqing.

If you still want to perform these exercises, it is important to do so carefully to avoid a potential risk. In addition, it is strongly recommended that individuals suffering from a chronic illness, blood circulation disorder and hypertension consult a health professional before opting for this type of stretching.

Precautions to take before starting Jelqing

Jelqing advocates advocate using lube to perform these penile exercises. Take a quality product, which will prevent skin irritation. This is particularly recommended for circumcised men, in whom repeated rubbing can damage the skin of the penis.

Before starting, it is also important to warm up. Even if the penis is not a muscle, you must avoid being too abrupt so as not to fracture yourself. Proponents of this method advocate being partially erect. This is also the main difficulty of this method, because you must not be at rest but also not have an erection that is too strong.

Also proceed gradually. After warming up and achieving a partial erection (which shouldn't take more than a few minutes), limit yourself to 5 minutes of jelqing (that's 100 reps, roughly).

How to perform jelqing?

Jelqing is done in the following steps:

– Start by warming up by rubbing the penis with a good quality lubricant. It is important to choose a brand that does not dry too quickly to avoid burns. – Once semi-erect, squeeze the penis at its end with one hand. It is preferable to use the leading hand, and in particular the thumb and the index finger. The fingers should be as close as possible to the pubis (source). – Tighten the grip at the base of the penis. Then slowly slide the hand towards the glans. Squeeze the penis enough to exert a slight pressure and feel the blood rise from the base of your sex to the glans. If the pressure is painful, it is necessary to loosen. Stop and start again to find a more suitable hold. – Continue until the hand is at the level of the glans. Stop just below the outer rim. – Continue this exercise for at least 5 minutes, making each movement last between 2 and 3 seconds.