Magnesium For Erectile Dysfunction: What To Know? 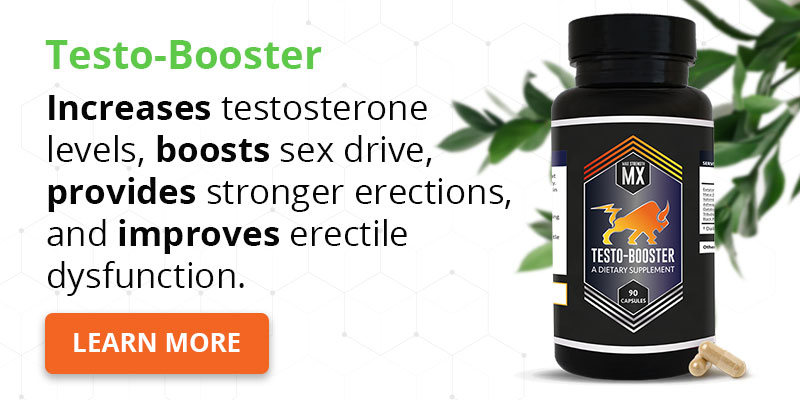 The good news for men with erectile dysfunction is that there are plenty of supplements on the market that are supposed to help you with your ED.

The bad news for men with ED is that there are so many options, it becomes difficult to decide which supplements actually work.

The worst news for men with erectile dysfunction is that it's hard to tell the difference between what's real, what's just a rumor or pixie dust.

This is exactly the subject we are going to deal with!

Today, let's talk about magnesium. It is said that magnesium can cure your erectile dysfunction. But what does science say about this?

Magnesium promotes dilation of the arteries.

You may have heard of the importance of vasodilators in erectile function. Because this process is based on the passage of a good blood flow to your penis as well as the participation of the surrounding tissues.

If your blood vessels are too narrow or tight, it won't allow enough blood flow to pass through.

Age-related arterial stiffness is a major concern among seniors, and a contributing factor to age-related erectile dysfunction.

In 2011, Dr. Van Laecke and his team at Ghent University Hospital in Belgium, examined the impact of low magnesium levels on age-related arterial stiffness in a study of 512 men.

Over the course of six years, the team identified more than 10 factors that could impact arterial stiffness. Other factors include age, diabetes, smoking, weight, blood pressure and hormonal levels.

They also found that this impact was strongest in patients over the age of 55.

Bottom line: there's no guarantee that extra magnesium will treat your ED. But if you have low magnesium levels, bringing it up to a normal level can fix that particular erectile dysfunction factor.

Like what I said about arterial stiffness, blood pressure issues can have a powerful impact on erectile health.

The studies that Dr. Song reviewed looked at more than 2,000 patients in total, and were double-blind versus placebo. They had lasted from 3 weeks to 6 months and had used doses varying from 240 mg to 960 mg per day.

The results Song found were conclusive. Overall, studies have found a "causative effect" between taking magnesium supplements and reducing symptoms of high blood pressure when taken at a dose of 300 mg per day or more.

This study demonstrated that magnesium supplements, or even a magnesium-rich diet, could replace expensive and risky high blood pressure medications as a cure or preventative.

It's much more important than you think…

Remember: Viagra was originally a blood pressure medication. If you can get some of the benefits of Viagra without the side effects, and without spending too much money on drugstores, that's a big plus.

Magnesium prevents calcification of the arteries

As we age, microscopic amounts of plaque remain inside our arteries.

This plaque builds up and hardens over time, and can cause circulatory problems ranging from erectile dysfunction to heart failure.

In 2014, a team of five doctors from Massachusetts General Hospital and Tufts University, conducted a study on the relationship between magnesium and artery calcification, and found that even 50 mg per day of Magnesium intake was sufficient to reduce calcification by approximately 25%.

Their results were checked and adjusted for factors such as age, gender, weight, and smoking status, and remained consistent across subjects. Eventually, the team identified magnesium as a protective agent against stroke and coronary heart disease.

It is also interesting to note that calcification of the arteries occurs more quickly when you are a smoker, have poor eating habits or develop diabetes. Since these three factors can also cause or exacerbate erectile dysfunction, that's one more reason to take care of your body in general.

Most of the factors that I have already mentioned are related to blood pressure. This is important because blood plays a vital role in the mechanical process of erection and maintaining it. But a second function of magnesium relates to an entirely different cause of erectile dysfunction.

A large number of studies have linked magnesium to increased testosterone. Here are some of the most powerful examples:

A 2008 study in France found that magnesium releases testosterone bound to SHBG, allowing more testosterone to be used by subjects' bodies.

In Parma, Italy, a 2011 study of more than 400 older men found a strong correlation between high levels of testosterone and serum magnesium in the blood.

Research conducted in 2011 in Karaman, Turkey, tested a combination of magnesium supplements and intense martial arts training. The result after six weeks was a 24% increase in free testosterone.

A study conducted in Philadelphia in 2012 focused on boys with Gitelman syndrome. This syndrome is characterized by a dysregulation of magnesium and calcium levels. The study found that this causes a delay in puberty, due to the drop in testosterone levels caused by the magnesium imbalance.

If your erectile dysfunction stems from a circulatory problem, ranging from hardened arteries to high blood pressure, magnesium would most likely serve you.

If your ED is caused by low testosterone levels, magnesium might help with that too.

the University of Maryland does the same. You can also introduce magnesium-rich foods into your diet.