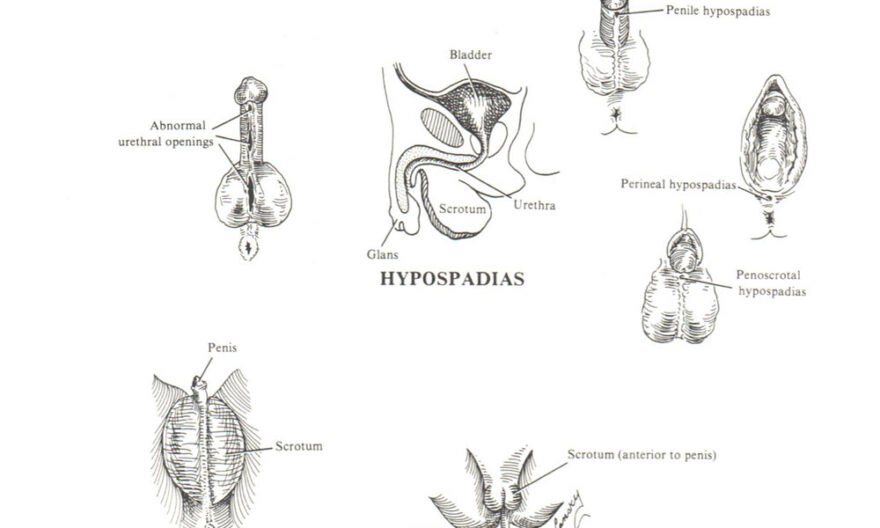 The penis which is the male genital organ always attracts attention with the many problems that can affect this part of the body.

Several types of penile abnormality are detected, ranging from the most benign to the most complex.

– The micro penis is one of the congenital malformations detectable from birth. A micro penis is defined as one penis below the normal size. The newborn has a very small penis when it measures less than 2 cm. In adult men, on the other hand, micro penis is diagnosed by a penis size of less than 8 cm after stretching. – Hypospadias is an anomaly of the urethral orifice which is characterized by non-closure of the urethra in the lower part of the penis. There are three types of hypospadias including balanic (opening under the gland), penile (opening in the middle of the penis) and penoscrotal (opening at the level of the scrotum). – Curvature of the penis or Peyronie's disease: this type of penile deformity generally affects older men. The curvature of the penis is discovered when the erect penis curves downwards or upwards. It is often due to defects in the development of cavernous areas. – Phimosis is a congenital or acquired narrowing that is accompanied by difficulty or impossibility to retract the foreskin below the glans. Phimosis is normal in newborns, but it becomes an anomaly when it persists for up to 5 years or more. This deformation of the penis is similar to other diseases related to the foreskin, including paraphimosis, the brake of the foreskin.

There are several abnormalities of the penis, but these four cases are the most common in men.

How to detect a penis abnormality

Almost all men have this fear of having an anomaly in their sex. To detect a penile abnormality, one must first know the normal size and morphology of the penis. The measurement is taken when the penis is at rest, and when it is erect. The average flaccid penis size is normally 7 to 12 cm. The one in erection measures on the other hand in the 12 to 14 cm. The average French penis is 12 cm at rest, and 16 cm when erect. Apart from these cases, one could already diagnose an anomaly of the penis. As for the morphology of the penis, it must have a gland (the tip of the penis of canonical form covered by a pinkish mucous membrane) with the urethra, the crown and the groove normal. The body of a normal penis should have a cavernous area and the spongy body without any abnormalities. When the penis does not have this morphology or the aforementioned size, we can say that there is deformation of the penis. But to be sure of the assessment, it is necessary to consult a doctor who will be able to diagnose a real penile deformity.

Penile deformities: how to treat them

Before treating a malformation of the penis, you must first of all have made a conclusive assessment that the doctor will have prescribed to detect the real penile problem. For the case of the micro penis, patients have the choice between hormonal treatment and surgery. Hormonal treatment is effective only when the small penis anomaly is detected from birth to adolescence. Those in whom it was discovered at an older age, can resort to surgery to stretch the penis. On the other hand, men with hypospadias or opening of the urethra can opt for surgery which consists of closing these mouths. Regarding the curvature of the penis, medical treatments are numerous, including vitamin E or anti-fibrous. As for the result, the penis should have a normal size after 20 months to two years of treatment. Apart from that, urologists also give patients the opportunity to perform surgery which consists of repositioning the penis. This reconstructive intervention is not without risk, especially the reduction in the size of the erect penis by 2 cm. It should be known that in most cases, to solve a penile abnormality, patients opt for a surgical intervention which ensures a better result.

Regarding adults who suffer from peyronie's disease (curved penis), there is a very effective device that can help you overcome this problem, and for more information click here.