The Smell Of Sperm: Why Does It Smell Like Fish? 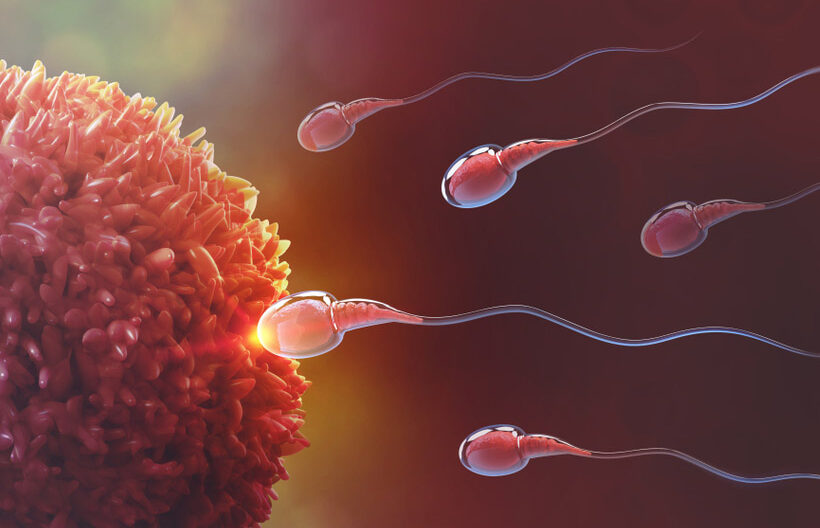 Have you ever wondered what semen looks like or why it smells fishy to some people? What are the symptoms of different smells?

The smell of semen

Semen can have many different smells, from bleach to fish, which are determined by many different factors, including health, diet, and lifestyle. There are changes you can make so that your semen doesn't smell bad or smell less strong.

A man releases millions of sperm each time he ejaculates. Some people don't smell like semen, but most of us do, and there are many different smells that can come with it.

The Most Common and Normal Sperm Smell

Smell of chlorine or bleach

The most common and normal smell of semen would be a bleach or chlorine smell. Semen contains ammonia and other alkaloids that smell like some cleaning products, which isn't the nicest smell, but it's not the worst smell either. Luckily for some people, they can't smell semen at all when it smells normal. Unfortunately, most of us smell like semen. There is no way to change this as it is natural to smell even healthy sperm. Semen, however, can have other smells that are much less pleasant.

If a man's semen smells fishy or has some other abnormal odor, it could be a symptom of an underlying problem. If the semen is a strange color, such as yellow, red, green, or brown, it could be a sign of infection in the male reproductive system or prostate glands. A very bad smell could also be symptomatic of a sexually transmitted disease, which affects the reproductive system and could ultimately affect fertility.

If semen is getting smelly when it wasn't before, you haven't changed your diet, and you think it could be a symptom of an underlying problem, you should definitely see a doctor. If it ends up stemming from an illness or other reproductive issue, the sooner you see a doctor, the better. It could even save your life if it's something prostate-related, or help ensure that you don't become infertile in case you want to start a family in the future.

When semen dries out, it tends to smell stronger. If they are healthy sperm with no other abnormal symptoms, they will usually start to smell stronger like ammonia as they dry out. When semen is fresh, there is usually no strong smell, but there are many other factors that determine the smell of semen and its strength.

Why does dry semen smell so strong?

When the semen dries up. This is an outward sign that the semen is breaking down further, so the smell is getting stronger. The smell of semen can be really bad if the semen dies completely before it dries out.

Taking medication or having certain health conditions can cause sperm to smell stronger than normal. Smoking, drinking, and taking drugs can also cause semen to smell stronger. All of these things can affect the immune system and your overall health, causing your body to work harder. When your body has to work harder, other parts of your body may not be functioning optimally, such as your sperm.

Food can also influence the smell of semen. Some foods can cause a stronger smell if you eat too much of them, even though they are still healthy for you. Many say that by eating more fruit, one can make their semen smell and taste sweeter. It is important to have a balanced and healthy diet because it can affect your whole body and have a big influence on your life and how you can live your life.

A strong smell of semen could also be a symptom of dehydration. Drinking plenty of water is always important and is another factor in maintaining good health. Without enough water, your body won't be at peak performance, so your sperm can suffer. Your body also can't filter out toxins if you don't drink enough water, which can leave behind higher amounts of products that make your semen smell more.

Many men suffer from infertility, and many causes can also cause semen to smell bad or smell stronger than normal. This can include hormonal issues, toxins, drugs, smoking, and alcohol. Eating junk food can also contribute to this as it is very unhealthy for the whole body, so it's not hard to see how it negatively affects sperm.

What's in my food that's causing a bad smell?

Drinking a lot of caffeine can cause your semen to smell more bitter and sour, which most people probably don't like. It can also further dehydrate you and cause your body to suffer, especially if you drink more than 4 cups of coffee a day. Also be wary of other beverages that contain caffeine and don't overdo it either, such as sodas and black tea.

Eating a lot of red meat is very bad for your sperm and for your general health as it could cause heart problems and more. Junk food is harmful to health and cannot be good for sperm if you overdo it. Eating too much garlic and onions at once can also make your semen smell stronger, which may not be pleasant, while also making your breath smell foul. Some green vegetables can cause a strong smell of semen, such as broccoli. All in all, an unhealthy diet can really make semen smell bad, as well as some nasty vegetables.

How do I change semen that smells fishy or smelly?

If your semen has a strong smell and it's not due to a reproductive infection, you can make changes to make the smell a little more pleasant for you and/or your partner, if there is one. If you're one of the lucky ones who doesn't smell like semen, you don't have to worry about changing anything unless you want to improve your health anyway.

Eating healthy is an important factor in having normal, smelly sperm. Blueberries are one of many fruits that can be eaten to help maintain good health and keep sperm healthy. They have lots of antioxidants, which help kill everything bad in the body's system.

One of the best ways to change the smell of semen and improve it is to change your diet. This includes eating mostly or all vegetables and being a vegetarian, which is difficult for most people and more of a commitment than they can make. Eating lots of fruit or drinking fruit juice can help. Eating mint leaves is also good and can improve the smell. Additionally, putting cinnamon and nutmeg in your diet can decrease the strength of your semen odor. Finally, eating plenty of certain vegetables like parsley and celery can also help.

Here are some great foods men can eat to stay healthy, which makes these foods great for sperm. These include oysters, bananas, nuts, red/orange vegetables, soy, fish, berries, etc.

stay away from alcohol

Stay away from excessive alcohol consumption. It does not help your general health or the quality of your sperm

For most people, semen doesn't really smell that strong, and if it does, that could be a symptom of an underlying problem. Sometimes it's just because of an unhealthy diet. Many describe semen as having different smells, including pool water, chlorine cleaner, and fresh oysters. There are ways to keep the smell from being less strong for those of us who are unlucky enough to be able to smell it. This includes ejaculating often to keep semen fresh, eating a healthy diet, staying away from caffeine, drugs and alcohol, and making sure to drink enough water.