What Is The Originating Factor Of Micropenis? 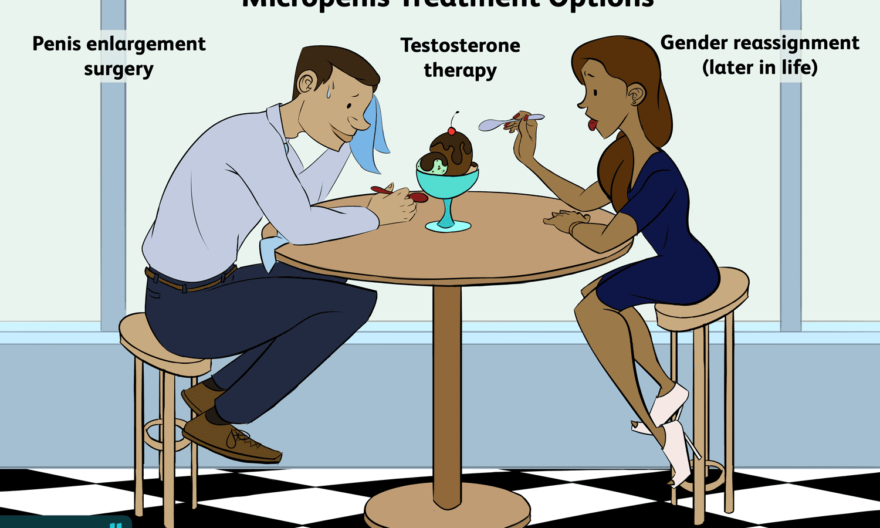 A micropenis is a penis that is otherwise normally shaped, but much smaller than average. In infant males, this is indicated by a length less than 0.75 inches (1.9 centimeters) when stretched. In adult males, the reference measurement is 3 inches (7.62 cm) if fully erect. There are many conditions that can cause an unusually small penis, but usually the production or uptake of testosterone is involved. Micropenis is also a medical diagnosis based on the correct measurement of penis length. If the length of the stretched penis is less than the value corresponding to – 2.5 standard deviations from the mean of a patient with normal internal and external male genitalia, a diagnosis of micropenis is considered. It can be caused by a variety of factors, including structural or hormonal defects in the gonadal hypothalamus-pituitary axis. It can also be due to a number of congenital syndromes.

Micropenis, also known as microphallu, is a penis that is 2.5 standard deviations below the average for the child's age and background. This definition translates to a stretched penis length of less than 1.9 cm ( 3/4 inch ) long at birth, and can be described as a micropenis. Statistically, micropenis occurs in 0.6% of the population. Lack of development of sex organs and penis size leads to this problem. There are many reasons why the penis cannot grow. When the fetus is just beginning to form, it is still too early to tell the difference between a male organ and a female organ, and detecting a malformation proves difficult, even if the sex chromosome XX (in most women) and XY (in most men) laid down the basic building blocks. The micropenis is due to a malformation of the hormones produced by the gonads, these hormones which are determined by the sex chromosomes, and which guarantee the development of the organs

The causes of micropenis

Male hypogonadism is a medical term that describes decreased production of testosterone. Many symptoms help to diagnose this phenomenon. The majority of these signs appear in childhood or adolescence, and can lead to a micropenis. Hypogonadism is divided into primary and secondary classes. In primary hypogonadism, testosterone levels are reduced as a result of a malfunction in the male testicles. Micropenis in male infants sometimes results from hypogonadism caused by Klinefelter syndrome. People with this syndrome have an extra X chromosome, which often causes testicular malformation and decreased testosterone production. Any injury to the testicles before or in early adolescence can cause primary hypogonadism leading to micropenis. The injury caused by physical trauma is obviously dangerous, but a mumps infection is also likely to cause damage to the testicles. In rare cases, excess iron in the blood can also lead to penile underdevelopment. In secondary hypogonadism, the testicles do not receive the signal to produce testosterone. In this case, the problem is usually not due to a malfunction of the pituitary gland or the hypothalamus. It can be caused by a genetic disorder like Kallmann syndrome or result from a disorder of the pituitary gland. Obesity also aligns with secondary hypogonadism.

Treatment of a case of micropenis

In early childhood, a micropenis is often treated with short-term injections of testosterone. An improvement in penis growth can be seen after three months. It is assumed that the increase in puberty hormones also promotes an increase in penis length. In adult men, the use of surgical implants can contribute to an increase in penis size. Some herbal remedies are marketed with guarantees. There are no scientific studies that adequately prove these claims. In the past, parents of a boy born with a micropenis were sometimes advised to have their child undergo sex reassignment surgery. In rare cases, when the child had both a penis and a vagina, this advice was almost universal. And as severe emotional effects plagued these children in adolescence, the practice was revisited. It has since been abandoned.