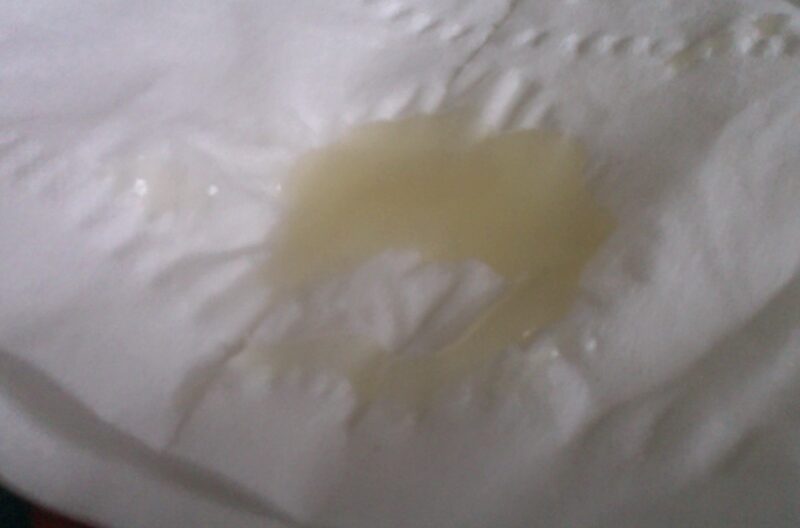 Semen color can tell a lot about a man's health and fertility. So, when it turns yellow, it can worry more than one. But then, what does yellow semen mean? Is it dangerous? How to cure it? We tell you everything you need to know about this semen color.

What is yellow semen?

The appearance of sperm varies between men. In reality, there is no such thing as normality. Indeed, the color and smell of sperm can vary depending on the individual but also according to age, diet and lifestyle. However, scientists have ruled on the characteristics of a sperm synonymous with good health and fertility (source):

– Sperm is whitish in color, ranging from transparent to white verging on yellow. – Its pH is between 7.2 and 7.8 : which makes it a slightly alkaline substance. – Its consistency is generally thick. It liquefies after 30 minutes to facilitate fertilization. – Generally its taste and smell are rather acrid. – Between 1.5 ml and 4.5 ml of semen is expelled during ejaculation. The quantity of ejaculated semen decreases if intercourse is close together and also with age.

This is why yellow semen is generally associated with normality. This phenomenon is quite benign and is often temporary. Indeed, this character can be explained in several ways but should not worry you at first.

The reasons for yellow semen can vary. The most common reason is still the oxidation of spermine, we explain all this to you in more detail.

Most of the time, semen turns yellow due to oxidation of spermine. Indeed, this protein is one of the most abundant in sperm (source) but is also very sensitive to oxidation. Spermine is among other things responsible for the color and smell of sperm.

When this protein is oxidized, it changes color to give a yellowish appearance to sperm (source). In some cases, the smell can also be changed. The reason for oxidation can be of 2 types:

Water is the major component of semen (source). Thus, dehydration can affect the color of sperm and even lead to faster oxidation of spermine if the oxidants are not sufficiently diluted in the sperm.

Therefore, it may be advisable to consume more water to avoid abnormal coloring of semen or even drooling ejaculation.

The least common and rare explanation is infectious disease. Indeed, following an infection, the sperm can change color, texture or smell. In general, this type of phenotype is associated with other symptoms such as fever or severe pain in the lower abdomen.

In addition, unlike other causes, the yellow color of sperm will tend to persist despite rehydration, a change in diet or even several ejaculations. In this situation, it will be best to make an appointment as soon as possible with a health professional. Indeed, he will be able to diagnose you correctly and provide you with the necessary care.

What are the possible complications of yellow semen?

In general, yellow semen is a completely benign and reversible phenomenon. As explained earlier, if you experience additional symptoms, it could be a sign of a complication such as an infection. It is therefore advisable to consult your doctor as soon as possible. For other causes, there are simple and quick solutions to find whitish sperm.

Whatever the cause of yellow semen, if this color persists, it is advisable to consult your doctor. He will prescribe a sperm culture to see if it is not an infection.

Sperm culture is a laboratory analysis of semen that detects the presence of germs. If this analysis does not reveal any infection, the solutions below may be useful to you:

– Have more frequent sexual intercourse or masturbate more often : the absence of ejaculation can cause the oxidation of spermine. Therefore, to renew the sperm and thus evacuate the sperm stored for too long, it is advisable to ejaculate more often. Be careful not to go to extremes, too frequent ejaculations can also modify the color of the sperm which will then appear transparent, a sign of a low sperm count or even aspermia. – Change your eating habits : if your diet is too high in sulfur and your sperm is yellow, changing your eating habits can be a good initiative. Therefore favor fruits and vegetables rich in zinc and further reduce foods rich in sulfur such as garlic, onion, cabbage or even chives. – Stay hydrated : Since yellow semen can come from dehydration, drinking more water can be one of the best solutions. Indeed, in addition to allowing to find a whitish sperm, to rehydrate and essential for the good functioning of the organism.

To conclude, yellow semen is a completely benign phenomenon which, when not associated with other symptoms, is nothing to worry about. To change the color of your sperm to find a whitish sperm, it is advisable to ejaculate more often, to change your diet or to hydrate more often.

However, be careful, if you have additional symptoms such as pain or fever or if the phenomenon proves to be persistent, it is advisable to consult a doctor. Indeed, it will be able to carry out a reliable diagnosis and verify that you are not subject to an infectious disease.